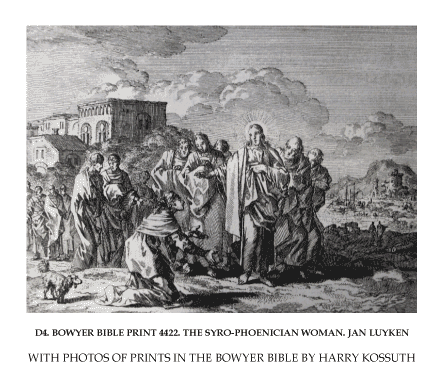 This meditation was delivered at the closing worship service of the Hawai’i Conference Clergy Retreat on Wednesday, March 8, in Kailua-Kona, Hawai’i Island, Hawai’i.

A few weeks ago, the Rev. Linda Petrucelli called me to say that Hawai’i Island Association, as hosts of this Hawai’i Conference Clergy Retreat, had responsibility for the worship and some of the program, and would I be part of the planning team. I said yes, and we went on to talk over the schedule.

We started with the opening worship, and she asked me if I’d deliver the message. I said, “No, I don’t think I should. I’ll have just given a keynote at the Church Leaders Event the week before, and I think that’s as much as anyone needs or wants to hear from me.” She thought that sounded reasonable, so we went on through the rest of the time.

When we got to the closing service, she asked if I’d deliver the message. And here’s where a key personality quirk of mine kicked in.

I can say, “No,” when somebody asks me to do something.

And here I am.

Each of these these two Scriptures describes an interfaith encounter. The first one didn’t go so well, did it?

“Kind and gentle” Jesus displays neither kindness nor gentleness here. He calls the Syro-Phoenicians (or as Matthew calls the woman here, Canaanites) “dogs.” That’s harsh. In fact, that way beyond harsh. They’re animals. Domesticated beasts – but their domestication is fragile, isn’t it? There’s a fearsome wolf within.

She comes back at Jesus with a challenge: “Even the dogs eat the crumbs which fall from their master’s table.” And her challenge brings her child healing.

In contrast, we have Paul’s address to the crowd in Athens – which isn’t Christian Athens, or Jewish Athens. It’s the Athens of Zeus and Hera, of Apollo and Artemis. Specifically, it’s the Athens of Pallas Athena (whose symbol, appropriately for our speaker, was a pueo – an owl).

And Paul, who displayed his forthright tactlessness so eloquently in Second Corinthians, here reaches out very tactfully indeed to a local touchstone: the altar to an “unknown god.”

These are very different interfaith encounters.

There was a reason why I could be ignorant of the other faiths around me (and I was profoundly ignorant). Imagine my surprise to learn, over the years, that some of my school friends were Jewish. One, in fact, was the son of the local rabbi, and I didn’t know that until I’d known him for at least a couple of years.

The reason was power. It was privilege. My church – not the synagogue, and not the Irish Catholic, or the Polish Catholic Church, but my church – represented the dominant culture of the town. Its imposing granite blocks had been mostly paid for by the family whose mansion stood literally across the street. That family owned the woolen mills in town, which had employed the grandparents of my Roman Catholic and Jewish friends. I had no idea.

Ignorance of a privilege of the privileged.

That’s a critical distinction between these two interfaith exchanges: the distinction of power and privilege. Who has it, and who does not. Most of his life, Jesus would have been considered relatively power-less. He was not born to wealth, or the nobility of Israel. He was not acknowledged as a member of the ruling royal family. He certainly wasn’t a citizen of the empire that occupied his nation.

But in this circumstance, he had a power that the Syro-Phoenician woman lacked, and which she desperately needed. He had power he refused to use. And she shocked him out of his privilege. She held a mirror up to him so he could see it. Seeing it, he changed his way.

In contrast, Paul came to Athens without power. He had to persuade; he could not enforce. So he brought a humility to this encounter with these other faiths, and dared to celebrate the altar to an unknown god.

By college, I’d been through the loss and rediscovery of my Christian faith, and had come to believe that I was, in fact, called by God to Christian pastoral ministry. And it still boggles my mind.

Among my friends was a young Jewish woman (she was a year younger than I, which was enough to make her “young” in my eyes at the time) who had come to love a young Methodist.

His family did not approve. It broke their hearts.

So she asked me one day how I could become part of an organization that did such things, that caused such unhappiness. And I replied, “So that these things will never happen again.”

I was plenty arrogant to believe that I could accomplish it.

I was absolutely right to commit to it.

But I think the testament of the altar to an “unknown god” has something for most of us. Can we bring an honest humility to interfaith conversation, encounter, and relationship? Can we set aside the privileges of power, and even of just “being right?”

Can we be honest enough to realize that, human beings that we are, we worship an unknown God, that there is more light in the light than we can know? Can we celebrate all the aloha God has shown throughout the world?

Let me be clear: There are gods not worth worshiping.

The god of greed. The god of love of raw power – these are the gods of American capitalism.

But these are not the gods of interfaith encounter. There we may be humble and learn.

My brother Buddhist has much to teach me about compassion.

My sister who looks to Pele – sorry, Tutu Pele – has much to teach me about how the whole world is sacred.

My non-binary sibling who prays daily toward Mecca has much to teach me about faithfulness, discipline, and courage in a community that is hostile to their faith.

In my privilege, I could stay ignorant.

But what a blessing if I take on humility and learn.