As I invited the young people to come forward, I gathered my notes and brought them down front with me.

I don’t usually bring notes with me for these stories, but I’ve managed to get the name of this bird wrong five times this morning, and I want to get it right. Because this story is about a kolea.

There are a lot of kolea about this island these days. In English, they’re called the [look at notes] the Pacific Golden Plover (the Hawaiian name is easier, isn’t it?). They’re all born in Alaska, which is a long way from here, and they have the good sense to fly here to Hawai’i to spend the winter. That’s where they are now, but they’re all getting ready to go back to Alaska. There they’ll look to find mates, and build nests, and lay eggs, and hatch chicks, and raise the young birds.

And then they’ll fly three or four days, flying without landing, to come back to this island again.

Well, this one young kolea had only made one of those long flights: the time she flew here after her birth in Alaska. That had been a grueling four days, but she made it, and she had enjoyed her stay here on Hawai’i. The time is coming for her to make the trip to Alaska for the first time.

Which means that she eats pretty much anything she can find, so she’ll have the strength. But she’s also wondering what will happen back in Alaska.

Will she find someone to build a nest with, and raise a family with? Will she find love? And how will she know?

The older birds have been telling her not to worry. Male kolea fly and dive about to show their territory. There are calls and hops and ways to hold their wings.

One older female took her to a grassy place, maybe a little bit like our lanai, and said, “Look there. Is there anything to eat in that grassy place?”

Yes, kolea like slugs. I’m glad something does. I’m really glad that something isn’t me!

Why are you making that face? Oh. You don’t like thinking about eating slugs. Well, I don’t either. We’ll think about something else, then.

The older kolea said, “Look again. Now tell me, how many of those do you actually see?’

“How do you know the other ones are there?”

“I can see that they must be there. It’s how the grass moves, or doesn’t move when the wind is blowing.”

“That’s right,” said the older bird. “We learn about what is hidden by how it changes what we see.

“So don’t worry. There will be a bird who loves you. And he’ll show it. You’ll know how he feels by how he acts toward you. You’ll see more than enough signs to know.”

I’m sure she will.

And it’s true of us, too. We learn about what is hidden by the way it influences what we can see. So we can see that others love us by how they act toward us, how they care for us, how they listen to us and talk to us.

So that when somebody loves and care about you, you will know. 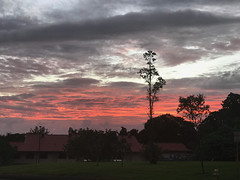 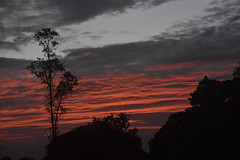 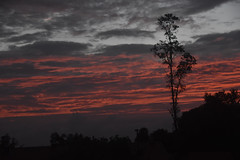