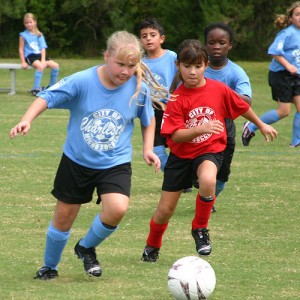 This story has no squirrels, no mongoose, and not even any ‘apapane in it. In fact, it doesn’t have any furred or feathered creatures in it at all, unless you count the hair on our heads as fur.

This story has actual people in it.

It’s about a soccer coach.

It was his first time acting as a soccer coach, and his team were all brand new to the sport: young, growing, and excited to play on their first team of anything. At the first practice, they were all over the place. A couple of them ran up to the stationary soccer ball and kicked at it so wildly that they missed it completely. A couple more kicked it where they wanted it to go, but rather more shanked it to the right or watched it careen off to the left.

It had to be said, they weren’t terribly good. But they shouted merrily, called encouragement to each other sometimes, and (rather more than they should, perhaps), laughed when the ball sailed off to the sides again.

Their first game wasn’t pretty. In the excitement, most of them forgot to stay in their positions, and instead they all converged on the ball, so that a knot of players (from both teams, it’s true) bounced up and down the field with the ball. Practice after practice, game after game, they did get better. They won some, and they lost some.

The coach could see which players had the skills, and which ones were developing the skills, to make a winning team. These were the ones who played their positions and remembered the plays. They could (mostly) kick the ball where they wanted it to go. They kept moving, and they kept their heads.

Gradually, it was these players who spent more time in the game, and the others, who hadn’t learned so well, played less and less.

Then came the game where one on the team didn’t play at all. The next match, it was two of them.

It was one of the better players who dared to speak to the coach. “Look,” he said, “I know that you’re keeping some players in so that we can win. But we’re all here because we want to play. Even more than we want to win, we want to play.

“Could you make sure that everybody gets some time to play?”

On other teams in other times, they might value winning over playing. Here at the start, they favored playing over winning, and friendship over victory.

Myself, I hope that everyone everywhere gets a chance to play, and to share in the game.