I search and find no fig trees, Holy One,
to carefully examine for the tenderness
of shoots emerging, wondering at when
the season of renewal will arrive.

The season here are subtle, Holy One,
where even trees deciduous will drop
their leaves at, well, at random times
and flowers bloom whenever in the year they like.

Except for the plumeria whose blossoms mark
the summer, and the cattelya blooms of May,
and… well, you get the point, O Holy One.
As subtle as the seasons are, they are.

And so, I ask of you a sign of season’s change.
I weary of the signs that selfishness is God
and ruler of the world. Yes, Jesus can return,
as far as I’m concerned, this very day and hour.

A poem/prayer based on Mark 13:24-37, the Revised Common Lectionary Gospel Reading for Year B, First Sunday of Advent.

Yes, we are lost in understanding
what is great and what is craven bullying.
Are not the great hearts open to the world,
not walled into imaginary safety?

Yes, we are lost when shepherds seek their gain
and leave the sheep to sicken and to die,
reward the greedy with the choicest grass
and leave the thinner sheep unfed.

So, Holy One, pray save your flock, no more
to be the prey of ravishers. Yes, judge
between the shepherds and the sheep and sheep.
Feed us, one and all, with justice.

At that time Deborah, a prophetess, wife of Lappidoth, was judging Israel. She used to sit under the palm of Deborah between Ramah and Bethel in the hill country of Ephraim; and the Israelites came up to her for judgment. – Judges 4:1-7

It’s good to know, O God, the place that I could go for wisdom,
between the villages of Ramah and Bethel. Between “the height”
and “House of God,” why, yes, assuredly, is wisdom found.

Oh, let me find the palm of Deborah in days
when folly struts across the land, a Siren song
of foolishness which some dismiss and some embrace.

For folly is a foe of deadly consequence as ever were
the soldiers of King Jabin or his captain Sisera.
A quarter million deaths are close at hand.

Send us a woman of discernment such as Deborah,
a woman of quick courage such as Jael,
a woman to dispel the clouds of complementarianism.

Send us a woman, a figure of Wisdom, to speak:
and let the posturing of men
be left in history’s bin.

A poem/prayer based on Judges 4:1-7, the Revised Common Lectionary First Reading for Year A, Proper 28 (33).

My faithfulness is… erratic. Let’s get that right.
Strong in speech – sometimes.
Strong in action – well, it’s happened.
Strong in sustained endeavor… Um.

I’m honest enough to look upon
my own faith practice with not
too much self-flagellation, not
too much contented self-approval.

I’m honest enough to see that as
I answer Joshua’s ageless question,
“Which God will you serve?” I am
likely to respond: “At this moment, me.”

In the next moment, though, I’ll say
with tears, “You have the words of life.
Who else should I follow? Who
to serve?” And then I’ll trim my lamp.

In these days, I find, the lamp
is weighing less and less, the oil
level settling. The lamp still burns,
but for how long, O God? How long?

And where am I to find a store
of oil to replenish what I’ve saved,
and used, and burned? For light
is fleeting, and the night is long.

Amidst a global pandemic (which some deny),
amidst racist violence (which some discount),
amidst xenophobia (which some applaud),
amidst voter suppression (which some embrace),
we come to express the will of the People, O God.

May the will of the People be love, O God.

For this I must hope.

The image “hope” by @polsifter is licensed under CC BY 2.0.

To be quite truthful, Jesus:
I cannot really claim to know
just what you meant by “Moses’ seat,”
and what you meant to say about
authority, interpretation of the law,
or representing God. For certain
we have called a host of people “Lord,”
or “Teacher,” “my Professor,” “Mom,” or “Dad.”

Whatever may be true about the Truth
Divine, how cloudy and obscured it is
when heard from human tongues or hands!
Just like a cosmic game of “Telephone”
in which the loss of clarity means life for some
and death for many more. But Jesus, we
have heard your words through intermediaries,
assembled generations after you had taught.

From you to eager followers who did not, I know,
take notes, from them to others who, perhaps,
would write a word or two, to others yet
who finally recorded what they heard on reeds,
on parchment, vellum, paper, with a press,
and on to me today reminding me once more
that greatness is the act of service,
and hubris is just asking to be tumbled into dust.

Once more my memory returns to a great soul,
who truly in her life embodied what you said
was great, whose smile was the mirror of her soul,
who sparked new life in all who saw her,
who heard her words, who knew with her such joy.
I’m sure she was a human, not a plaster saint,
because her passing pains me still, and woe, ye world,
that misappraises pride for what what is truly great.

Faces clattering as coins descend
to bounce and roll across the counter;
faces whispering as fingers count
the bills, exchanging paper for some goods.

Faces flicker on the screen, three up
and three across to form a game
or set the stage for stories, echoed now
in tiny screens within a telephone.

Faces sheltered in the swaddling cloth
of masks, reducing by some meaningful
amount the risk of illness and of death
to me , to you, to those we love.

Faces twisted now by scorn and rage,
by privilege and power and by pique,
faces streaked with tears as faces
lacking breath are given to the earth.

Faces sighing from exhausting toil,
faces bright with gratitude for love,
faces furrowed with confusion,
faces that conceal the hearts within.

Each day I face the faces, Holy One
(if just the one that gazes from the glass),
and every day I long for one bright face,
O God, the one I cannot see and live.

The image is a denarius from the reign of Emperor Tiberius. Photographed by: York Museums Trust Staff – This file has been provided by York Museums Trust as part of a GLAMwiki partnership. This tag does not indicate the copyright status of the attached work. A normal copyright tag is still required. See Commons:Licensing., CC BY-SA 4.0, https://commons.wikimedia.org/w/index.php?curid=48143736.

I used to call them “Squirrel Days,” O Jesus.
Before I moved here to this island without squirrels,
it was my tag for days when concentration
failed, when focus flailed, when even consciousness would fade.

It’s funny how the unimportant can assume
such prominence and even over what is right
before me. Who needs the phone to ring or text to buzz
when adolescent disappointments still possess me?

I cannot even concentrate upon the evils, cannot choose
which one is worst, which ones are worse, which ones
are dangerously proximate. Sufficient for this year
are evils, rages, suffering arising in a single day!

Incarcerated children, children still not reunited with their parents,
refugees denied a hearing, tear gas fired at civilians,
a pandemic dismissed despite two hundred thousand graves,
a tax break for the rich and no relief for those now unemployed.

think about these things.

A poem/prayer based on Philippians 4:1-9, the Revised Common Lectionary Second Reading for Year A, Proper 23 (28).

I pray for a miracle.

I pray for weary bodies to find strength
and in resilience live beyond a virus.

I pray for souls who lack compassion
to find empathy for suffering.

I pray for those augmenting their own power
to embrace compassion and its sharing.

I pray for those obsessed with their self-image
to be filled with overflowing love.

I pray for those in pain of injury
to be comforted in justice.

I pray, O God, for miracles
to erupt within the human soul.

“All pay heed! The Lord! The Lord JEHOVAH, has given unto you these fifteen [Moses drops one tablet and it shatters] – Oy.

Ten! Ten Commandments for all to obey!” – Mel Brooks as Moses in History of the World Part I.

If you had given us fifteen commandments, God,
we would have kept them… even worse.

You shall have no other gods before me.

You shall not make for yourself an idol…

Except for units of exchange. Except for statues
celebrating history founded in illusion.
Except for pale-pigmented skin.

Except to justify oppression. Except to conjure up
Your favor of injustice. Except to claim
that wealth and power, even evil, are Your will.

Remember the sabbath day, and keep it holy.

Honor your father and your mother…

You shall not murder.

You shall not commit adultery.

Except upon intense desire in a moment.
Except upon a disappointment with the spouse. Except
when something better comes along.

You shall not steal.

Except to maximize my profit over others’.
Except to minimize my workers’ compensation.
Except to claim Your work is mine.

You shall not bear false witness against your neighbor.

Except to emphasize my righteousness and power.
Except to render powerless the ones in opposition.
Except to maintain structures of oppression.

You shall not covet…

If you had given us fifteen commandments, God,
we would have kept the other five… even worse.

The photo “Broken stone” by smallcurio is licensed under CC BY 2.0. 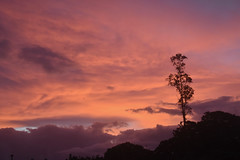 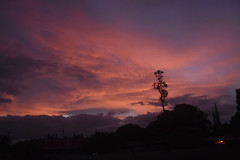 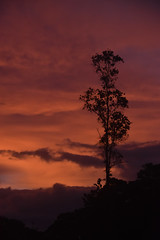